Although I began my flying career in the UK, I have flown the majority of my hours in southern Spain. Returning to Gibraltar during my holidays whilst a student between 2007 and 2011, gave me the opportunity to take advantage of the good weather in the Iberian Peninsular. I was lucky to cover over a hundred flight hours with Fly-In-Spain and Flight Training Europe. In fact, I obtained all my licenses at Jerez! I pursued my pilot training in parallel to my engineering degree at the University of Sheffield.

I obtained my Private Pilot’s License (PPL) in the summer of 2008. I then moved on to obtain my Commercial Pilot’s License (CPL) in conjunction with a Multi-Engine (ME) Rating in 2010. It took me two years to obtain my CPL as I had to take 14 theoretical exams in addition to building a minimum of 150 hours of flying experience. The following year in 2011, I obtained my Instrument Rating (IR). As per the tradition at Flight Training Europe, upon graduating it is customary to jump into the swimming pool in uniform! 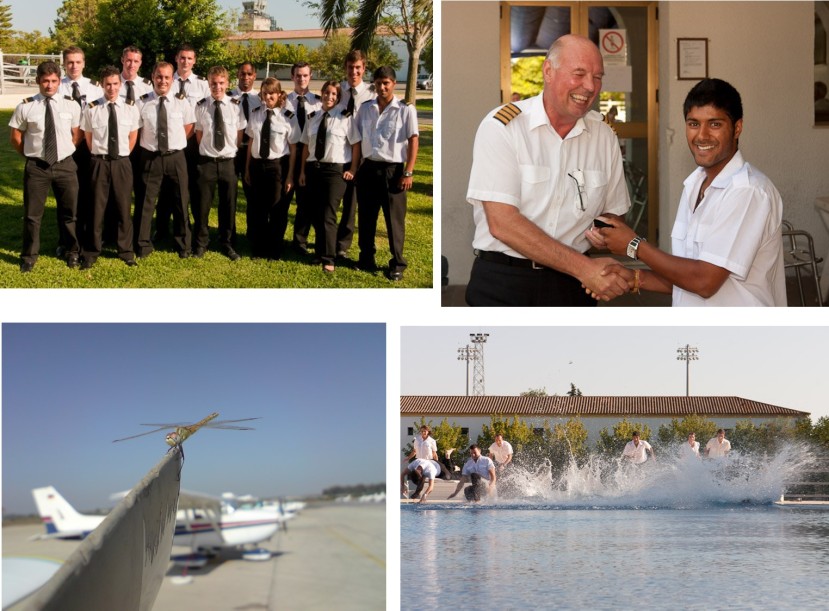